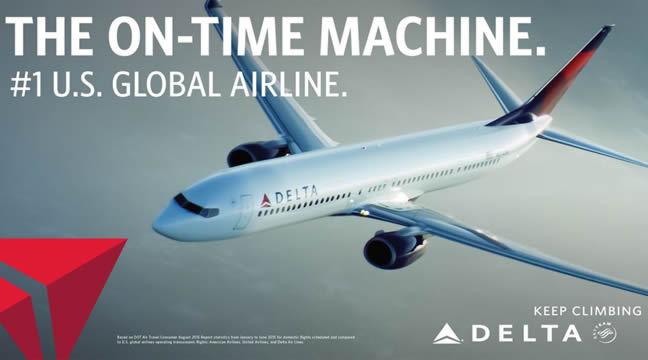 On-time is considered within 15 mins of schedule – and in April Delta dropped to just over 77%. This allowed Southwest, United, and American to pull ahead although only by 1-2% points.

These numbers were caused by Delta’s epic IT fail – the technology glitch at its Atlanta headquarters caused thousands of flights to be delayed and cancelled.

The 77% for April is off Delta’s 2016 full-year of 84% – not the highest in the world but outstanding considering it operated the second highest number of flights globally.

Globally, Delta ranks 15th overall in on-time performance – beaten out domestically by Hawaiian & Alaska (who have considerably less flights and don’t operate globally). KLM, Qantas, and Singapore are international big-boys who are in the top 10.