For 2019, Delta’s 767-400 fleet will receive the DeltaOne Suites to replace the DeltaOne lie-flat seating. These planes are used on some transcon routes (JFK to LAX and SFO), as well as certain transatlantic flights.

On transcon routes, Delta uses the 757-200, the 767-300, and the 767-400. Which planes are used on each flight changes seasonally and based on demand. All these aircraft offer lie-flat seating in the DeltaOne business class cabin. The 757 has the newest seats, while the 767 models have older seating and IFE systems. I prefer the widebody layout of the 767, but these cabins are ready for an update (they’re about 10 years old). The 767-400 models were delivered from Boeing to Delta from 2000 to 2002, so there is still considerable life in the frames.

We don’t have an exact timeline of when the 21 -400 models will be taken out of service to be upgraded, but it seems like work has started, and that most of the -400 fleet should be updated in 2019, with some potentially finishing in 2020.

The current 767-400 features 246 total seats, with 40 in DeltaOne lie-flat business class, 28 in ComfortPlus, and 178 in Economy. The updated versions will feature 34 DeltaOne Suites in business class, 20 PremiumSelect seats, the same 28 ComfortPlus seats, and 156 Economy seats, for a total of 238. 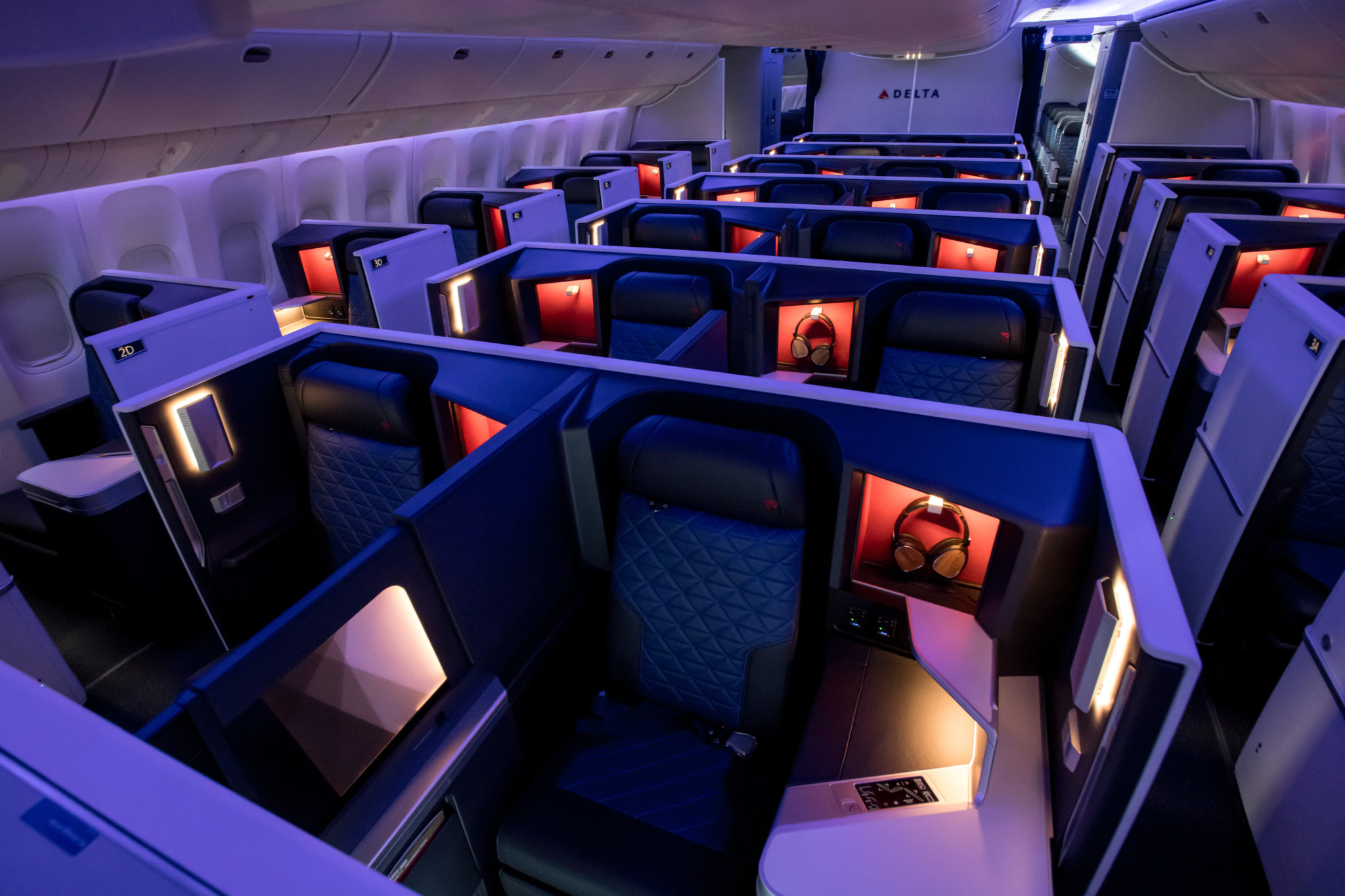 The DeltaOne suites are a fantastic business class product. They are featured on Delta’s flagship A350 models, and by the end of 2019 will be retrofitted to all Boeing 777 aircraft. Delta will also be receiving brand-new Airbus A330neo models starting in 2019, which will replace some of the older 767-300 aircraft, and these new Airbus models will come with the suites as well. This will align Delta’s product offerings across its widebody fleet.

The DeltaOne business class suites offer aisle access, sliding doors, lie-flat seating, and 18” screens. When these suites become available on transcon operations, it will give Delta a significant advantage over American and United. American currently uses the A321T with first and business class seating but does not have a suite product. United has been rolling out two versions of Polaris seating, but it has not been consistent and they do not have a suite equivalent. They also use 757 with lie-flat seating on some transcon routes. United, to its credit, has been flying Polaris-equipped 777 and 787 planes occasionally on these routes. JetBlue features its Mint product, which has lie-flat seating with two semi-suites mixed in. 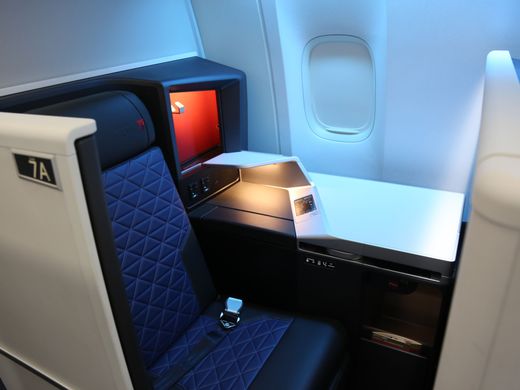 There has been no additional information released regarding what else will be upgraded on the 767s. I would bet that there will be at least minor upgrades to the bathrooms, luggage bin designs, interior lighting, and some of the trim/paneling. I would also assume that the rest of the cabin (not the suites) will get Delta’s new wireless IFE system that debuted this year on the A220 aircraft.

There are a few interesting questions here, which Delta yet to provide details :

Overall, the DeltaOne Suites will be an exciting and well-needed addition across Delta’s wide-body fleet.