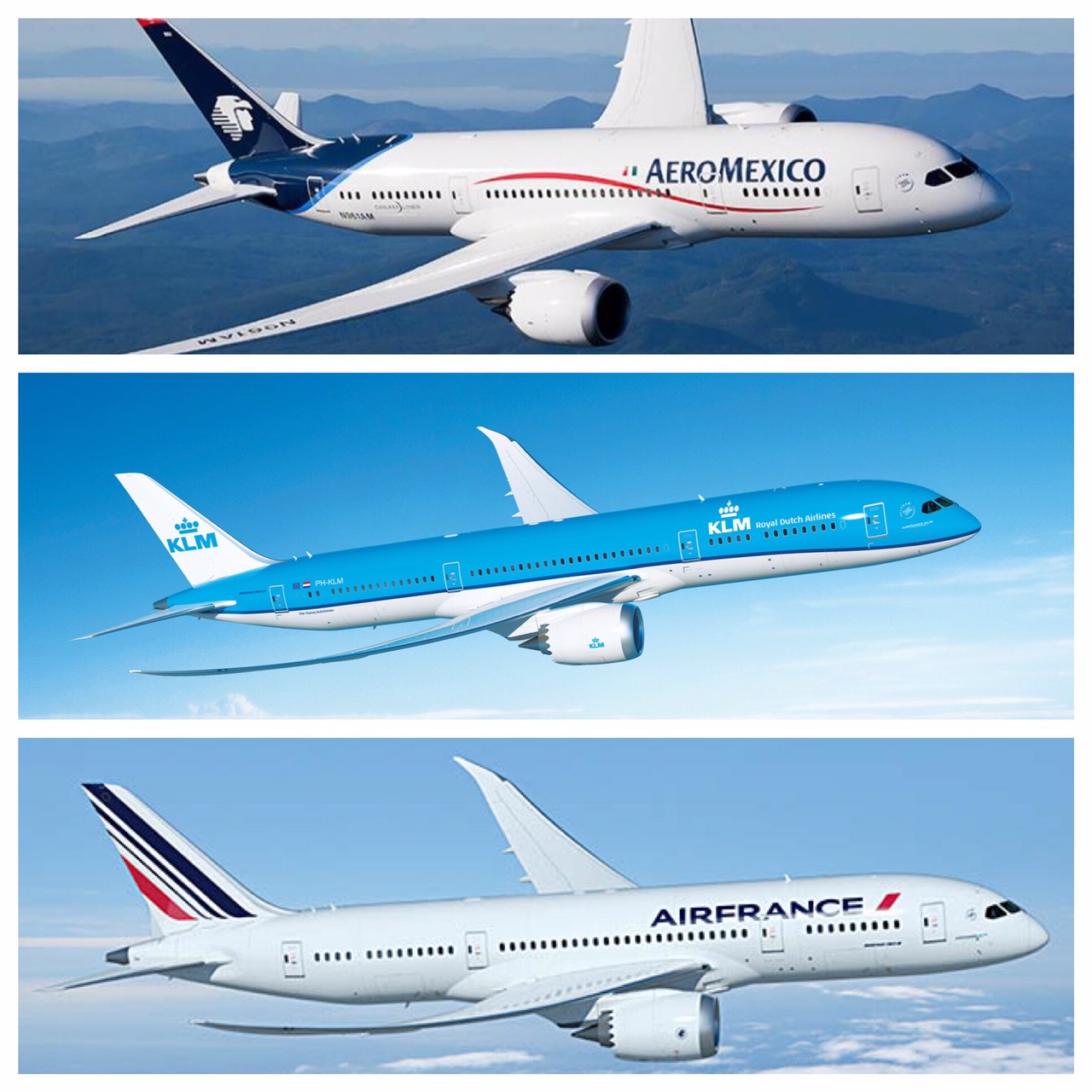 As a loyal Delta flyer, I’ve been unable to get on the newest planes due to the company’s capex plans of buying refurbished planes like the 717. They’ve been the last of the legacy carriers to begin overhauling their fleet. United was the launch customer for the 787 Dreamliner, and American started taking delivery of the model last year. Delta had some on order from Northwest, but cancelled in 2016. They currently have no plans to fly Dreamliners, a bummer since I’ve been dying to get on one (but obviously still get miles for the flight, so United won’t suffice).

While medallion members are excited for the launch of the A350 on Delta later this year, they won’t be flying them out of NYC/JFK – instead they will be replacing the 747-400 on routes from Detroit. Until the A350 becomes more available, can I get on any Dreamliners?

Turns out the answer is yes – if you are ok with flying on a SkyTeam partner.

Air France is the latest SkyTeam Dreamliner purchaser – it will start using the plane from Paris to Atlanta and Boston next year, but currently uses it on routes from CDG to Cairo and Montreal.

I was trying to get to Mexico City via Dreamliner last year, and the mileage redemption rates were quite reasonable – sometimes as low as 30,000 for 787 Business Class one-way. There is a daily flight, but the prices in dollars are much more than the non-787 flights. Recently, I have not been able to find availability on Dreamliners using SkyMiles – not sure what’s going on with the Delta site currently.

Similarly, I was not able to price out the KLM 787 flights in miles either – only in dollars.

My goal is to get on a 787 using miles – stay tuned for an update after my call with Delta customer service to see what’s going on with redemption availability. For now, it is possible to check out the advanced 787 with a couple of SkyTeam airlines – hopefully it will become easier as more of these planes go into service.